In a paper published in the British Medical Journal, UK researchers have shown that one year after the British Government imposed a levy on sugar sweetened beverages (or SSBs), people are buying less sugar, but industry’s bottom line remains largely unscathed – described as a ‘win-win’ outcome.

In an editorial accompanying this paper, The George Institute’s Dr Alexandra Jones proposes that there are lessons to be learned by other countries, including Australia: 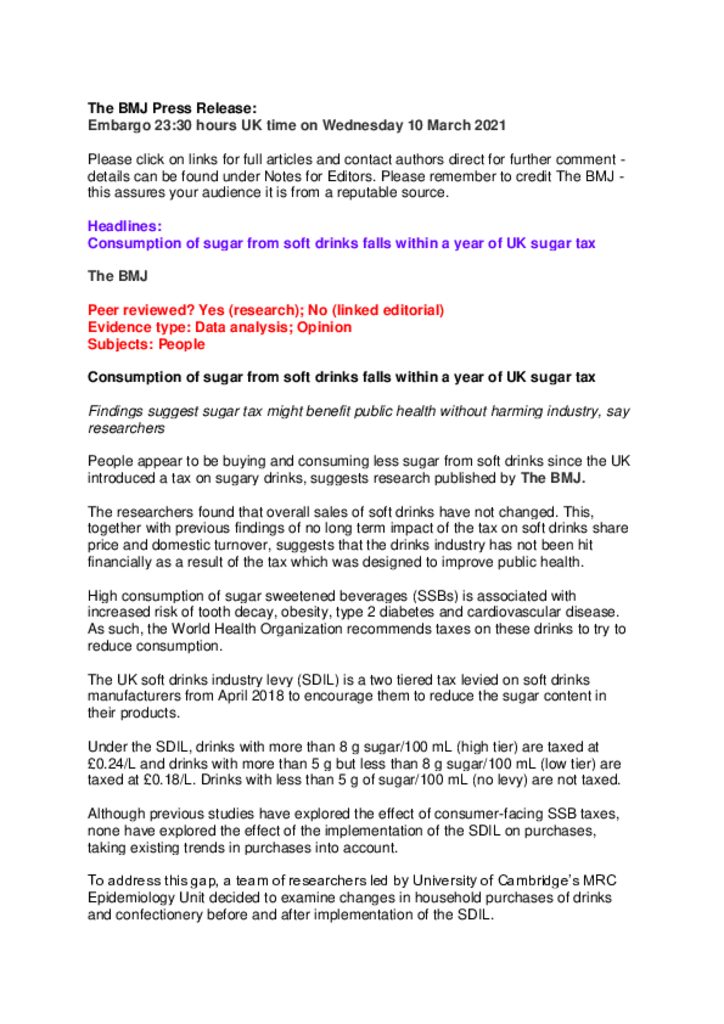